We recently had Book Week at school and then at kindergarten.  When the note came home from school that the kids could dress up as their favourite book character, I have to say, I was a little excited.  I haven’t actually made any costumes for my boys…apart from super hero capes and masks…so I leapt at this opportunity.

I asked Daniel what he would like to dress up as and, after agreeing that a Skylander is not a book character, he settled on Jack from Jack and the Beanstalk.  We Googled Jack costumes and even checked on Pinterest for ideas.

It was very simple and easy to put together.  I found a tutorial for the hat and added a feather. 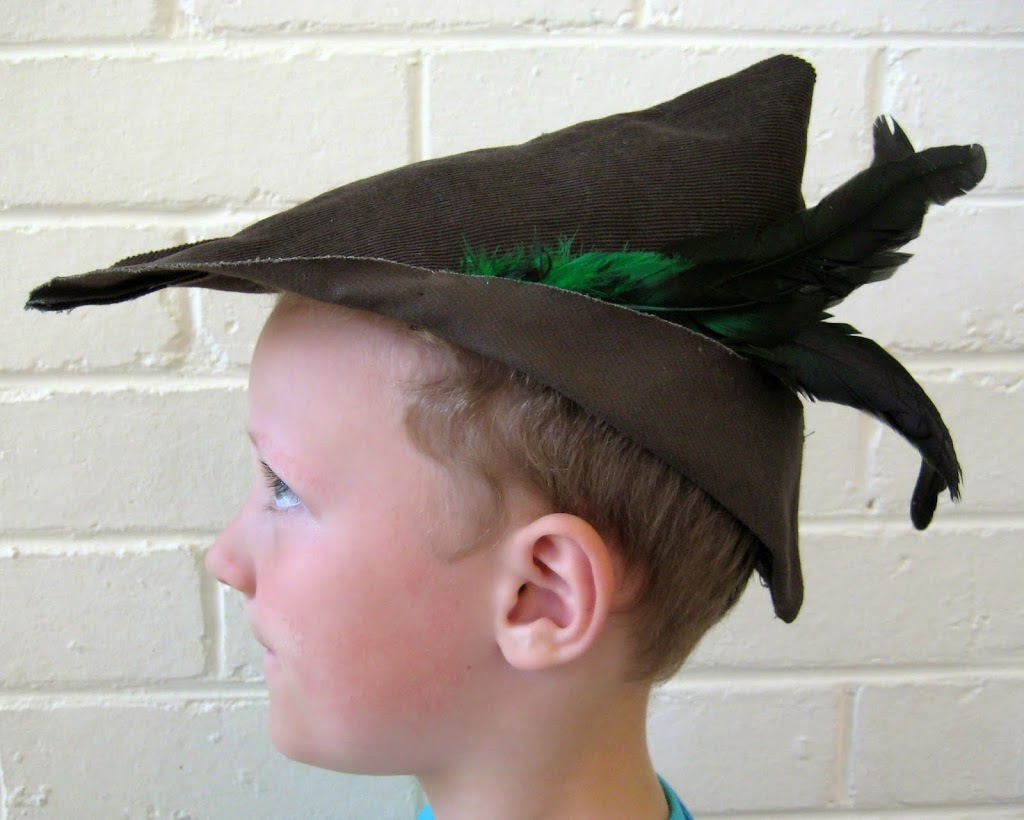 For the vest, I roughly traced around one of his shirts to give me the shape of a vest.  I didn’t hem the edges of the vest, giving it a more peasant/rustic look.  Ok, to be honest, I was being lazy (and maaaayyyyy have left it till the night before, which wouldn’t surprise anyone that knows me) and thought a slightly frayed look would add to the asthetic, which it did.

We finished off the outfit with a pair of black track suit pants and a white long sleeve tshirt that we already had and tied the whole look together with a beanstalk, which was just a length of green fleece sewed together in a stalk kinda way.  I then stuffed it and added a tie that slipped over Daniel’s shoulders to help him hold onto it.  The bean stalk then had large ivy leaves weaved into the stalk by just cutting holes and threading through because it was late by this stage and I didn’t really fancy hand sewing ivy leaves (needless to say, there were no leaves left by the end of the day!). 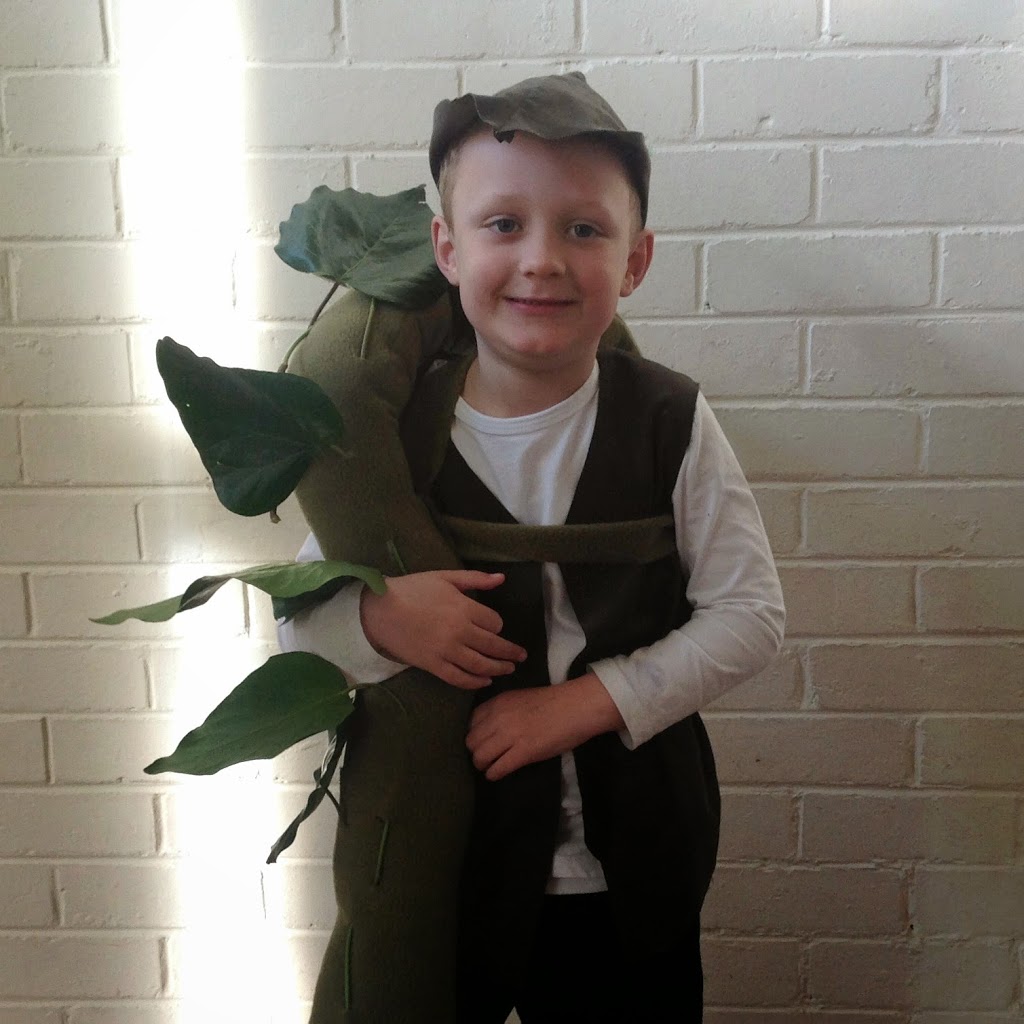 * Big apologies for the quality of this photo…it was taken really quickly before we raced out the door for school!